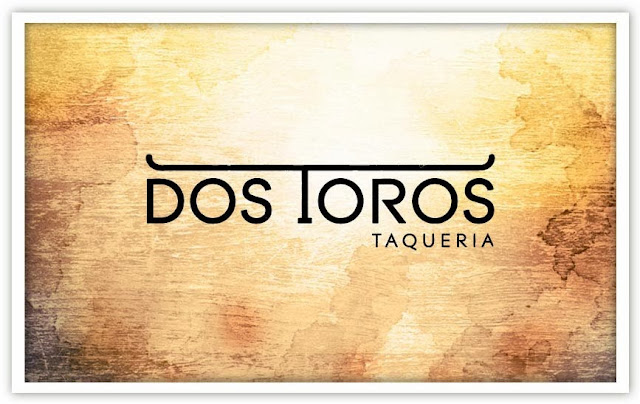 Dos Toros Taqueria is basically the local version of Chipotle, and everybody likes Chipotle. So, if you're one of the 3 or 4 Manhattanites who don't want to support a national chain, this place is for you. They also have a location in Williamsburg, but I can't imagine people who live in Williamsburg read this blog since the half-dozen regular readers have likely made it too trendy for their hipster ways. Besides, the number of young and hip people with beards (not in a mountain man sort of way) that populate this hole-in-the-wall suggest it is already a known spot for those of a certain cultural bent.

Anyway, this place doesn't feel anything like a Chipotle clone, and there are subtle distinctions in craftsmanship and quality that make a huge difference and give Dos Toros a definitive edge. So I take back what I said, it's not a Chipotle clone at all. They claim to bring Bay Area style Mexican to New York. Here's my take on it:

The Taco: (5/5) The tacos themselves are delicious. The meats are grilled and tender and juicy and in all other ways delightful. It's not just the quality of the meat that stands out, this is a whole package type of place. The balance of toppings to tortilla is carefully done and all the tortillas are freshly made daily. Attention to detail here is key, and they get it done right. For instance, they use a monterey jack cheese and briefly melt it onto the tortilla before before adding other toppings, which perfectly binds the whole taco together and ensures an even distribution of cheesiness throughout.

Accoutrement:(4/5) They offer up two different salsas, both made in house, and both quite delicious. There's a standard red (spicy) and green (less so) variety, and they are actually spicy for realz, but in a delicious and flavorful way. Also, they offer guacamole as an extra on anything, and it's only a $1 charge. This was always an annoying sticking point with me and Chipotle where the addition of the green goodness will put you a solid $2.50 back. Guacamole shouldn't cost me the price of another taco.

Value: (1/5) Gird your loins for a short rant. $4 a taco is too damn much.  And they're fairly small. The standard taco vs. burrito pricing model has simply been ignored. For the price of a burrito, one should get the equivalent amount of food so that the price per meal (PPM for short) is about the same. All other items on their streamlined menu follow the same PPM model, but only two tacos is the same price as a burrito, and two is only half of a meal. The combination of smallness and delicious make it so that I could eat these tacos for days and never want to stop. But then my wallet would empty and I'd only have hunger and tears to fill it. Make them $2.00-$2.50 a piece and throw in some chips and we'll have an appropriate PPM that matches everything else.

Other: (4/5) True to their Bay Area roots, Dos Toros is big on the sustainability bandwagon. I feel the same about being green as I do about Dave Matthews Band, I love the thing itself but can't stand the fans. That being said, they do a great job of attending to little sustainable details, down to their receipt tape, which is BPA free (yes, this is a thing). Their chicken and beans are locally sourced and organic, and even the tables and chairs are made from reclaimed wood. Overall, it lends a feeling of care and attention that goes beyond the decor.

Overall: (4/5) The reality is the Bay Area isn't known for its tacos, you go to LA for that. The Bay is all about burritos, and for burritos I'll be a regular here. The Burritos are delicious and have an appropriate PPM, but the truth is I'm a taco guy, and when I go into a place that has taqueria in the title, that's what I want to get. I walk by one of their locations all the time, and the memory of those sweet flavors entice me to go in, but then I remember the price, and I can't bring myself to shell out the cash. If, however, you are looking for tasty eats you can feel good about, and don't mind spending a pretty penny on them, this is the place for you. Especially if you have a beard.
Posted by Street Meat Man at 12:42 PM No comments: